We mercilessly teased the guy in my Bible classes who styled himself as a kind of Bill Hybels Jr. He hailed from the Chicago suburbs and made no effort to conceal his admiration for the fastest growing megachurch in America and its electric pastor. He even dressed business casual, used a planner, and took meticulous notes on his laptop at a time when no one took a computer into the classroom.

Being stupid college students with seemingly nothing better to do, we gave him a hard time about his love for Hybels. That’s the way things go with the big, hot trend, right? Even if you have a grudging admiration for the person on top, you feel obliged to take a few shots at him.

Jokes aside, Hybels was pervasive in the evangelical world of my teens and early 20’s. I read his books on evangelism and the now ironically titled: Who You Are When No One Is Looking. Everyone going into ministry knew about the seeker-sensitive approach that he championed. He became a kind of icon for relevant, modern ministry.

Red flags flew up all of the time for me about Hybels. He was deeply entrenched in the business world with his pastoring style, which is somewhat understandable when running a massive ministry organization, and there were questions worth asking about the trade offs of megachurches compared to church planting. The style and presentation of Willow Creek was slick, prosperous, tidy, and organized. Everything felt scripted.

When I worked at a church that was a part of the larger Willow Creek Association, I tilted back and forth between recognizing the appeal of Willow Creek and viewing it with skepticism. I can tell you all about vision casting, strategy, friendship evangelism, and seeker friendly services. Did you know they used to sell tomatoes door to door and began meeting in a movie theater???

If we responded to the latest allegations against Hybels and the failure of Willow Creek to adequately respond to them with merely criticism of Hybels and his church, we will miss out on a significant opportunity to have a deeper conversation about the evangelical church culture in America. It’s not a matter of drawing battle lines between ourselves and Willow Creek.

The deeper issue is the way Willow Creek and Hybels represent a kind of safer, prosperous but not too prosperous version of Christianity that is clean and sharp and professional without all of the embarrassing glitz of stereotypical prosperity preachers. Evangelicals have blended together business professionalism, a tiny bit of prosperity preaching, and some Bible verses to create a respectable church culture that can talk about discipleship, stewardship, and strategy in the same sentence without anyone taking a moment to ask what the hell is actually going on.

The business terms creep in and begin hiding in plain sight…

The reputation of the church becomes a brand that is guarded for the sake of the Gospel.

Leaders need to learn from the corporate world and slick business gurus in order to “manage” their growing churches that have been blessed by God with larger numbers.

Congregation members become customers and stakeholders in practice without actually using those terms.

The vision needs to be big, audacious, and ambitious because we serve a big God who wants to do big things and to grow our church bigger. You do have faith that God can bring about this big, audacious vision to fruition, don’t you? God can move mountains!

The business world and general American values of progress, growth, and wealth seep into the church just enough to twist how we think.

Soon enough we begin to make allowances for our pastors, relying on their vision, wisdom, and authority to accomplish God’s work. Anyone who threatens the pastor becomes expendable, and even the victims worry that coming forward over abuse allegations could jeopardize the greater vision and progress of the whole.

Christian authors and creators rely on endorsements from pastors, know people involved in these scandals, and wonder if their future careers could suffer if they speak out right now. It’s not just about the money because it’s about relationships and being uncertain about how to use their voices… but don’t forget the money too.

This isn’t a disease in a single church. This is widespread in the evangelical movement and beyond. However, it’s also particularly widespread because the Willow Creek Association, an entity separate from the church, carries this ministry approach to thousands of congregations. Don’t forget all of the books, articles, speeches, and interviews that have permeated the evangelical subculture.

The last thing I want to do is to spend the next week or month dragging Hybels, Willow Creek, or megachurches. They are the icons of the greater challenge that evangelicals face.

If I could humbly suggest a simple next step for every church, pastor, elder, deacon, and congregation member: look at the job descriptions of your pastors and staff.

Look at what you expect them to do each day.

Do you expect them to make significant space for prayer?

Do you have a budget that allows them to gain proper training for handling abuse and bullying?

Do you expect them to manage a large group of people like a business professional?

Do you expect them to preach nearly every Sunday, building up their status and celebrity?

Do you rely on them to take the lead on every big initiative as the indispensable figurehead?

Do you expect them to spend significant time among the sick, disadvantaged, homeless, or imprisoned?

Do you expect them to exert influence and power in your community or to become physicians among those neglected and overlooked?

While in seminary, I looked at a lot of job descriptions for pastors, and seeing those descriptions turned me off from a “career” in ministry. I wanted no part of it.

I used to joke that the churches expected so much of their pastors, they wanted to hire Jesus.

In retrospect, when I look a bit closer at the particulars of those job descriptions, I’m not so sure that they wanted to hire someone like Jesus, and that gets us to the root of our problem in the American evangelical church.

My books include Flee, Be Silent, Pray, A Christian Survival Guide, and Unfollowers: Unlikely Lessons on Faith from Those Who Doubted Jesus. 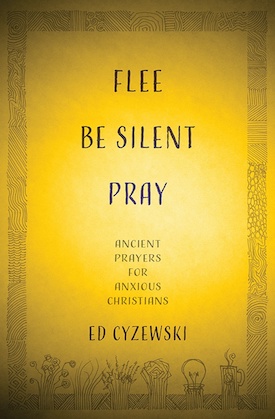 Most links to books on Amazon are affiliate links. Assume that links have an affiliate component unless otherwise specified.