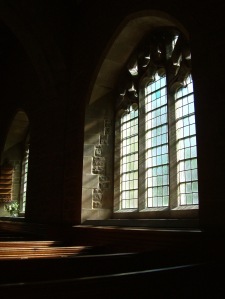 We can learn a great deal about “spirituality” of American evangelical Christianity when we consider a 2006 Christianity Today  list of the most influential books over the past 50 years that shaped evangelicals.

For starters, most evangelicals are lucky if they know their movement’s historical background from the past 50 years. It’s safe to say that many evangelicals today have a very limited understanding of church history that has deprived us of the wisdom and practices developed over the centuries. Most telling about the limits of evangelical spirituality, the number one book on the Christianity Today list of influential books is Prayer: Conversing With God by Rosalind Rinker.

I don’t doubt that readers have benefitted from this book that was developed by a missionary who offers practical instructions in group prayer as well as some tips on personal prayer. Many small groups and Sunday schools have found much-needed direction from this book, and I can see the need for it in certain settings.

However, this book’s emphasis on spoken prayer and the overall disconnection from the prayer tradition of the church is quite typical of evangelicals. It’s not that Rinker is wrong or even misguided. The issue is that she doesn’t know what she doesn’t know, which is pretty much the story of the evangelical movement since it began. We have forged ahead with our own advice, spiritual practices, Bible studies, sermons, churches, and ministries without a clear sense of where we’ve come from, what has come before us, and what we may gather from the devout Christians of the past.

The main word that jumps out at me in Rinker’s subtitle (and all of the book’s marketing copy) is “conversation.” For many evangelicals today, we have come to think of prayer as a conversation with the goal of speaking our minds to God, and if God directs us, then we’ll be able to say even more things. In fact, many evangelicals may fear that prayer isn’t working if they don’t receive specific direction or guidance from God.

The goal though is for a conversational prayer, especially for us to speak up in this conversation. There is very little emphasis on silence or to even make silence the point. I don’t get the sense that evangelicals reading Rinker’s book would consider that a completely silent time of prayer, where there is no discernible conversation between God and the person at prayer, brings about any benefit.

Silence isn’t really on the radar of this book, even if silence was a central part of Christian prayer for centuries. On the other hand, a conversation directs us toward a goal or outcome that is measurable and easily understood, such as sensing the Lord’s direction to say certain words in prayer. This is a good thing in and of itself, but when this is our foundational concept of prayer (perhaps ONLY concept of prayer), we run the risk of missing the deeper streams of silent prayer and contemplation that have run throughout the history of the church.

Interestingly, Rinker published her book in 1959, which makes her a contemporary of Thomas Merton who, along with Henrí Nouwen and Thomas Keating, helped Catholics delve deeper into the prayer traditions of the church. However, each of these writers pointed us back to the desert fathers and mothers, the mystics such as Thérèse of Liseux, and the Eastern Orthodox monastics. They drew deeply from these streams while offering their own ideas on prayer for the church and produced rather different works.

That isn’t to set them up in opposition to Rinker. I don’t doubt there are even places of overlap. However, it’s tragic to think that Rinker lacked the deep grounding of the church’s prayer tradition in her book. How much richer and beneficial would it have been?

The phrase that comes to mind for me about evangelical spirituality is: “Winging it.” Before I grounded myself in the writings of the desert fathers and mothers or the contemporary teachers of contemplative prayer, I have felt like I have been winging it with prayer. Every Christian joke about prayer eventually gets to the “Lord we just…” or “Father God, we just thank you…” way that evangelicals have learned to pray because it sounds respectful and officious.

Before we go too hard on evangelicals here, let’s keep in mind that the evangelical movement emerged as a reform. There were real issues that needed to be changed. It’s unhelpful to assert that evangelicals were completely off-base. Put into their shoes, we would have desired to make changes as well.

The central problem with evangelicals, as is illustrated with our “winging it” approach to spirituality, is that we are unaware of our roots (especially our most toxic and problematic roots). We don’t know much about what came before us. The many denominations and off-shoots of denominations in Protestant Christianity should give us pause.

In fact, as I read about the history of the evangelical movement, I was struck by how often groups split off from each other under the auspice of calling themselves “Christians.” They thought of themselves as somehow preserving a pure version of the faith and didn’t see how they had any kind of bias or distinctives that set themselves apart.

Of course, years later, these groups of “Christians” took on more set identities as Nazarenes or the Church of Christ, developing their own history and doctrinal distinctives, but at their formation, these denominations saw themselves as somehow able to transcend their roots in order to claim the label “Christians” for themselves.

This pattern has shown up over and over again among evangelicals seeking to correct mistakes or to separate themselves from evangelicals who are in error over a particular doctrine or practice. As evangelicals debate whether to keep the label itself, some have even suggested just calling themselves “Christians” again.

While I am more than sympathetic to the sentiment, I am concerned that we are once again repeating the mistakes of the past. We need to know our roots and to own them so that we can understand where we come from, what has impacted us, and what we perhaps don’t know.

Our ignorance of our history and of the traditions developed among other Christian around the world has become one of our greatest weaknesses. We have often adopted inadequate practices and institutions as a response to flawed practices and institutions—some certainly were more flawed than others. If evangelicals desire to move away from some of our most toxic elements in the future, we need to look back at our roots in order to see what is healthy, what needs to be removed, and where we can learn from Christians in other traditions.

After years of anxious, hard-working spirituality, I found peace with God by practicing contemplative prayer. I’ve written an introduction to this historic Christian practice titled:

2 thoughts on “Why Many Evangelicals Struggle with Prayer (TLDR: We’re Winging It)”