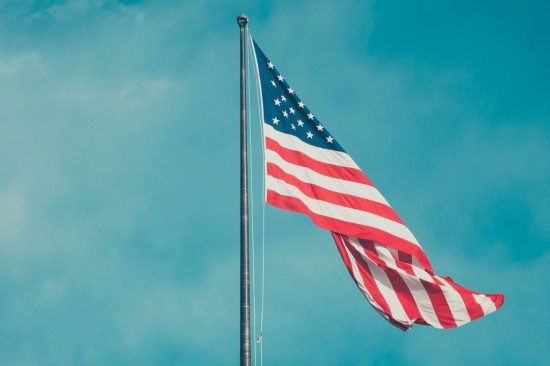 Each afternoon I set aside time to pray in as much privacy and quiet as my children will permit. I pull myself out of my social media feeds, away from my growing list of work projects, and away from the stuff around the house that I often put off until things pile up into a state of chaos.

I have needed this prayer time because it has felt like the one stable thing in life right now. What I am called to do beyond that in the midst of America’s crisis continues to concern me.

I am a white evangelical man who grew up in a very conservative family. I fit the profile of many Trump voters. Without white evangelical support, there most likely would not be a president Trump, save for the real possibility of hacking and voter suppression. I cannot emphasize how opposed I am to just about everything that our current president stands for.

I feel the weight of this, knowing my evangelical tribe played a key role in electing a man who ran for election as a racist demagogue and governs like a petty dictator. The injustices of this man have already impacted people I know. Hate crimes are rising, immigrants live in daily fear, cuts to essential programs are looming, and all along there is mounting evidence that a foreign power may have our government under its control, and who knows where the suffering and injustice will end at that point.

As the situation becomes increasingly serious, I genuinely worry if I am drifting too much toward political advocacy, leaving my contemplative writing in public aside. The truth is that it’s easy to write in reaction to politics. It’s much harder to dig into the depths of contemplative prayer, to live in the reality of my true self under God, and to write out of that identity. Perhaps the message we need most of all is that God is a benevolent King who is higher than all powers in this world, and who entrusts his Kingdom to the meek and humble.

The Kingdom of God empowers the powerless and mocks those who fight for power and control. It’s hard to believe in that Kingdom during times like these as injustice and Constitutional violations appear to run rampant in my nation’s government.

Perhaps my greatest fear in the midst of this current crisis is my privilege as a white evangelical man. People like me largely supported Trump, and so the people who look like me are the least likely to be victims of injustice. I won’t suffer under many of his policies, or at least any discomfort I feel will be less than those of poor, minority, or immigrant groups. Stepping out of political advocacy when my neighbors have so much to lose feels like the most unloving, unneighborly thing I can do right now.

Politics feels like a black hole nevertheless. It could suck me in and consume me with frustration and rage at the low moments, while offering an exhilarating high when investigators reveal what they know about those who colluded with Russia. This can be a consuming endeavor that can pull anyone away from the loving presence of God and confidence that Jesus is king no matter how chaotic our politics may be right now.

I can’t step away from advocating against the injustice taking place in my country right now. The full image of God in each person demands as much. This is where I have been placed and where I must work for the best of my neighbors. My life’s calling is prayer and writing, and I must use them for the benefit of those suffering injustice or who may be vulnerable under an authoritarian government.

At the same moment, I feel the tug to step back, to remember that God is King, and that the calling of the Christian is to be internally shaped and directed by God’s indwelling Spirit rather than by current events. I can feel the tug of this anger, fear, and energy pulling me further from the Spirit’s loving presence, and that is when I know how deeply I need to continue resting before God.

The Psalmist assured us, “Trust in him at all times, oh people. Pour out your hearts to him, for God is our refuge.”

Now what? I’m not sure. That Psalm strikes me as a good place to start today. I can’t step back from advocating for justice, but I won’t do that well without a strong contemplative foundation. That is what I fear losing at this time of  political crisis. May we experience the words of the Psalms anew even today as we trust God to guide us through this time.

One thought on “Jesus Is King, America Is in Chaos, Now What?”