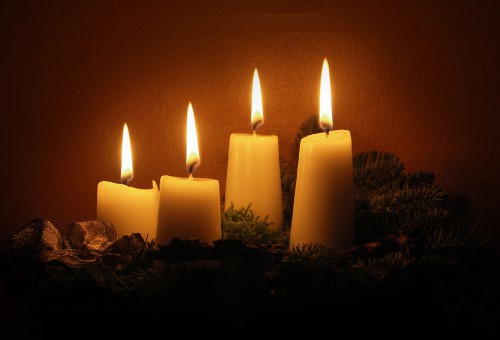 Last week I wrote about moving toward suffering during the season of Advent because God moves toward us in order to suffer alongside us and to redeem us. It’s especially tempting to mistake our commercialized version of Christmas with actually moving toward the suffering of others. It’s far too easy to buy someone a gift that isn’t necessarily needed instead of something far more personal, transforming, and costly.

We may make someone feel good with a gift—at least for a little while. Indulging in a friend’s or relative’s desires feels really great. We’ve gotten them just what they think they want. Perhaps we meet a real material need that a person has. However, we shouldn’t confuse meeting a material need with actually being present and involved in someone’s suffering.

There’s nothing wrong with giving gifts, but I personally find it far too tempting to think that my obligation to others during the holiday season ends when I’ve given a gift that represents a significant enough financial outlay and meets some kind of need for the other person. I think we all know deep down that spending money on someone is often far easier than actually being present and bearing that person’s burdens.

Rather than using financial generosity or gift giving as an excuse for disengaging with others during the season of Advent, I’ve been asking how I can actively meet with people in their suffering. It often involves giving up chunks of time or serving others in ways that are difficult for me. I’ll be honest, there have been moments in the past week when I felt like I couldn’t handle meeting someone’s need. Bearing someone else’s burdens feels like a potential black hole that could consume far more than I’m willing to offer or at least feel able to offer.

When we move toward someone’s suffering, we open ourselves up to situations that are beyond our control, and we won’t be able to limit what exactly another person will need.

That isn’t to say that gifts or money are insignificant. There have been seasons when friends dropped off meals for us that really saved us. We’ve done the same for others. However, gifts or meals or other physical objects are no substitute for the moments when someone needs us to bear burdens by his/her side.

For this advent season, I’ve been asking myself whether I’m aware of the suffering around me. Am I seeing the people who are in need? Am I willing to be physically present along their sides in order to support them when they need the most help? Are there times I can move beyond a meal or a financial gift?

I’m still buying gifts for friends and family. However, I’m trying to move beyond what I’m getting for people in order to ask whether I’m actually “for” these people. Am I willing to truly see them, to see their needs, and to make sacrifices in order to be present alongside them with their suffering?

If you’re looking for Jesus during Advent, he’s with those who are suffering.