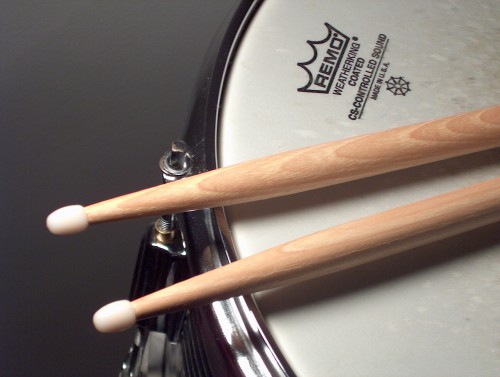 Our son E, who is two years old, ran in front of the church’s stage at top speed, giggling and clapping his hands. He chased his friends, crawled across the floor, and even gave one friend a high five at the end of a song. We meet in a school auditorium where the stage sits about three feet about the seats and spacious front area that is left open for energetic children. This particular Sunday the worship team chose energetic songs for a service focused on children.

When the band transitioned to the “Happy Song” by Delirious, which is a kind of anthem that celebrates God’s love, I lost it. Tears welled in my eyes as he jumped and galloped to the music. I remembered the first time I heard that song in college. It was a bit weird and off-beat, but it also tapped into a powerful sense of joy and freedom in celebrating God’s love. I’d come from a fairly conservative church, so clapping and shouting and moving anything other than my mouth during worship felt a bit different.

If there was ever a high point in my days as a church attending Christian, it had to be those days in college. I was still learning about my faith and tiptoeing around more charismatic forms of worship. I envied my roommate who came from a Vineyard church. He had this sense of peace that came over him during worship that I couldn’t quite imagine for myself. As we sang “The Happy Song” and some Hillsong numbers in my Christian college’s chapel, I began to sense there may be something to this.

Worship was where my faith really took root in my early 20’s. My theology fell apart in seminary, and while I put the pieces back together, worship sustained me. Then again, worship was also the cause of my greatest conflicts within the church as generations divided over musical styles and song choices.

Seeing my generally quiet and reserved son literally jump for joy at a song that sparked my own discovery of freedom and joy in worship, I also remembered how bitter I’d become throughout my 20’s. I’d been so critical of the church, and I was especially critical of the music. In fact, the most important step in my healing from church was hanging up my guitar and taking my hands off music completely. I just couldn’t be that guy any more. I didn’t want to have an opinion. I just wanted to participate in whatever my church offered and leave things at that.

I’d been a part of the worship wars, and the thing about a war is there’s never one side with clean hands. I was critical, and I was criticized. I treated people like problems to be solved or dismissed, rather than as members of the same body of Christ. And many did the same to me. I don’t know who fired the first shot in the different churches I’d attended, but I do know there was a lot of “shooting” in other churches during those years as well.

As I saw E’s joy during worship and remembered the way I’d fallen out of love with the church throughout a series of conflicts and bad experiences, I wanted to shield him from that same crash. He’s only 2, but he already loves church. He loves the music. He thanks God for the drums at night… along with corncobs and playgrounds. He loves going to the two-year-old room with his friends. How can I make sure that joy for gathering with God’s people for worship keeps happening?

I’m not sure that my approach to church is the best option for him. I’ve basically chosen to disengage from the mechanics of the church service because it had been a source of toxic experiences in the past. However, E doesn’t have that history. He can pursue his own path, and I want to guide him as he makes his own decisions and discovers God for himself.

So much of his future seems to hinge on the course chosen by myself and my generation:

Will we welcome his priorities and the ways he worships God?

Can I advocate for ALL generations in the church, not just the ones that pay the bills?

Can I walk the fine line between giving him things to do at church so that he feels involved without turning him into a minion that serves the whims of the older leaders?

Can I give him positions of responsibility that come with enough oversight to help him take ownership for the community without shutting down his original ideas?

While we have many denominations and traditions, church has to change, at least a little bit, for each generation. It needs to feel sacred and holy and “right” to each generation. And this balance is not easily held.

You may notice that I’m addressing these questions to myself and really to us, the people who go to church today. We are the people who are preparing the church for the next generation. Will the next generation find a place where they can belong and worship God or will church strike them as a foreign place that caters only to the spiritual preferences of Generation X and Millennials?

There are things our leaders can do, but in my experience, the leaders were often willing to listen to me throughout my 20’s. They did try to bring in young leaders and train them. Some churches did this better than others, but for the most part the leaders were at the mercy of the congregation.

While some leaders asked too much of me or didn’t really want to take me seriously, things wouldn’t have been so bad if it hadn’t been for all of the crap they were taking and all of the crap I was taking from the church attendees and members. I received criticism directly and others directed their criticism at the leaders. It was a huge power play. And I understand the desire for church to look a certain way. It was ironic actually. While fighting to preserve their particular form of church they accused me of trying to remake church in my own image.

It will be really easy to repeat that mistake again with E’s generation. Anecdotally speaking, so many people in my own generation had to fight for our places in the church. Others started their own churches. And still others opted out altogether. The first two, who had to fight or start from scratch, are the ones who will be deeply invested in their churches. Change for the next generation won’t be easy. And it’s not like we can plan ahead for this. Who knows what spirituality and worship will look like in the next twenty to thirty years?

As I watch E run and jump for joy in church, I want to shield him from all of the criticism and petty arguments that could come his way in the future. But even more than that, I want to tell his story and hold him up for everyone to see.

Do you see this raw joy and wonder? This is what it means to be childlike. This is what we should aim for too.

The tragedy of church isn’t that the young people have failed to conform to the standards and plans set up by the adults. The tragedy of church is that the adults have failed to become childlike. We’ve neglected the amazing gifts right in our presence that our children have been offering us. We’ve pushed and pulled and squeezed the younger generations so hard to shape them into our own images that they’ve been shot right out of the church.

I confess, most days, it’s hard to become childlike when cynicism appears to be perfectly valid.

I don’t know what becoming childlike will look like, but for today, I want to say to my son that I’ll always make room for him to experience God’s joy and presence in church. I’ll always welcome his perspective and the ways that he learns about God. And I’ll do what I can honor the lessons his joy has to teach us all.

3 thoughts on “How Do I Keep My Kids from Hating Church?”