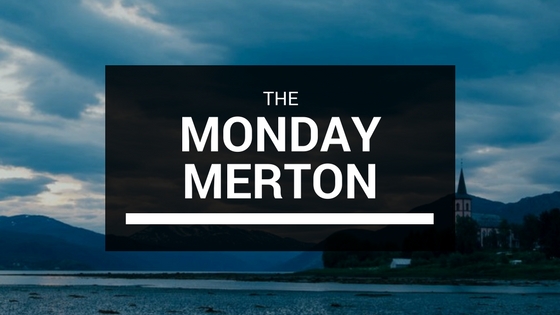 I’m continuing my series of reflections on Thomas Merton’s Conjectures of a Guilty Bystander a few days late because of a virus that tore through my kids while my wife was away over the weekend. Now that saltines and Pedialyte have done their work, I’m anxious to share this fantastic quote from Merton, writing most likely sometime between 1962-64, on politics and Christian social engagement.

I am particularly interested in Merton’s holistic approach to social action, beginning with the foundation of men and women being created in God’s image. Our care for others springs from a our common place as beloved creations of God living in a world whose systems and power brokers frequently seek to desecrate others for the sake of profit and control. Merton’s words are particularly challenging and instructive for Christians seeking to engage in American politics.

“We apparently cannot conceive material and worldly things seriously as having any capacity to be ‘spiritual.’ But Christian social action, on the contrary, conceives man’s work itself as a spiritual reality, or rather it envisages those conditions under which man’s work can recover a certain spiritual and holy quality, so that it becomes for man a source of spiritual renewal, as well as of material livelihood.

Christian social action is first of all action that discovers religion in politics, religion in work, religion in social programs for better wages, Social Security, etc., not at all to ‘win the worker for the Church,’ but because God became man, because every man is potentially Christ, because Christ is our brother, and because we have no right to let our brother live in want, or in degradation, or in any form of squalor whether physical or spiritual. In a word, if we really understood the meaning of Christianity in social life we would see it as part of the redemptive work of Christ, liberating man from misery, squalor, subhuman living conditions, economic or political slavery, ignorance, alienation.

Once this has been said, we understand what it might mean to transform the world by political principles spiritualized by the Gospel. It is an attempt to elevate man, whether professedly Christian or not, to a level consonant with his dignity as a Son of God, redeemed by Christ, liberated from the powers that keep him in subjection, the old dark gods of war, lust, power, and greed. In such a context, political action itself is a kind of spiritual action, an expression of spiritual responsibility, and a witness to Christ. But never merely by the insertion of religious clichés into political programs.”